Food addiction is a real thing. But as you will see in the post; a battle that can be won, once we know what we are fighting.

Why is it not easy to cut back on all the wrong food like junk food and chocolates? We get these intense cravings as the brain starts calling for these foods, even though we know that it’s unhealthy, there seems to be a part of our brain that seems to disagree.

We then go ahead and think we don’t have any will power – however, it is more complicated than this. Junk food stimulates the reward system in the brain in the same way as abusive drugs as cocaine does.

Sadly, eating junk foods can lead to full-blown food addiction, that seems to align with the same biological and psychological drivers as addiction to abusive drugs

How Does Food Addiction Work?

There is a system in your brain called the reward system. The reward system in the brain “reward” you when doing things that encourage and assists with your survival. Primal behaviours like eating, unfortunately, are included here.

The brain releases the neurotransmitter called dopamine when you’re doing something “right,” like eating. Dopamine is a feel-good chemical as part of this reward system. Your brain likes this release of this feel-good neurotransmitter and is hardwired to see out any behaviour that releases dopamine.

Unfortunately, modern junk food is way more potent at activating this reward system as is whole foods. Well, at least this is because most people don’t know that there is a tonne of healthy Keto substitutes that will create the same reward response.  They just don’t know about them and know how to replace their current vices with these.

Unless you know how to prepare the right type of foods or get similar substitutes, you might agree that eating broccoli or piece of steak might not cause the same amount of dopamine release as eating for example Woolies’ Tin Roof ice cream. The reward for the Tin Roof will be massive compared to the steak or broccoli.

The result is fewer receptors over time, which means you need more dopamine to reach the same effect, which causes people to start eating more junk food to achieve the same level of reward as before. This is called tolerance. With the fewer dopamine receptors, dopamine activity is less, and you start feeling unhappy when you don’t get your junk food “fix.” This is called withdrawal.

Tolerance and withdrawal are the hallmarks of physical addiction. Recent studies in rats show that they can become physically addicted to junk food just like they became addicted to abusive drugs.

Although this is very oversimplified; this is basically how food addiction (and any addiction) works, which ultimately results in various behavioural patterns.

Cravings Are a Key Signal of Addiction

A craving can be an emotional desire to consume a particular food. It should not be confused with pure hunger, which is a hormonal response. Often these “emotional” cravings are triggered by specific emotional states, such as feeling depressed, lonely, disappointed et cetera. This then results in a behaviour called emotional eating.

These “emotional” cravings are all about satisfying the brain’s need for dopamine to alleviate the emotional despair that you are experiencing. It’s got nothing to with the body’s demand for energy. These “emotional” cravings also dominate our thinking and attention, making it very hard to think about anything else. To the point that even though you know, junk food is terrible for you,  you would often dismiss this thought and satisfy the craving.

Cravings are normal, and most people do get them. However, if you regularly give in to these cravings by and eating junk food, despite previously deciding not to, could be cause for concern. In fact, one would continuously overeat, despite knowing that it’s causing physical harm.

When you give in to cravings, you get your reward — the release of dopamine. They will often continue eating a particular food until their brain has received all of the dopamine it was missing. Here’s the kicker, the more often you repeat this cycle, the stronger the addiction becomes and the more food you need each time.

While a few blocks of chocolate were enough a years ago, today you may need the whole slab to experience the same level of reward.

It is challenging to eat in moderation when you satisfy an emotional-driven craving. Cravings and food addiction eventually promote overeating, binging and obesity.

Many people who have been struggling with food addiction for a long time often eat in secret. They can also suffer from depression and have a lack of self-confidence.

What makes this worse is that most people don’t even realise they have an addiction and honestly think that they struggle with self-discipline.

What to Do About it?

Many would say that there is no easy solution to addiction. They argue that there’s no supplement, mental trick or magical remedy out there. I tend to differ.

If one has an emotional need, that is often satisfied with food, well then instead of trying to break this habit or trying to fight the dopamine craving, find healthy food that can effectively replace the junk food. Trust me there are fantastic substitutes for most of these junk food that one would rely on as comfort food.

I have helped many clients overcome these emotional food craving by following the Keto Diet, by taking Exogenous Ketones, and by working personally with them. We do not dismiss this emotional reliance on food. But instead, we acknowledging it, find ideal replacements and then slowly applying successful strategies to change small habits that will eventually have a massive impact.

Before you label yourself having a disorder, like in the paragraph below, know that there are options and ways to deal with this emotional connection, we tend to have with food.

Binge eating disorder, which is associated with food addiction, is currently classified as an eating disorder in the DSM-V, the official manual that mental health professionals use to define mental disorders. 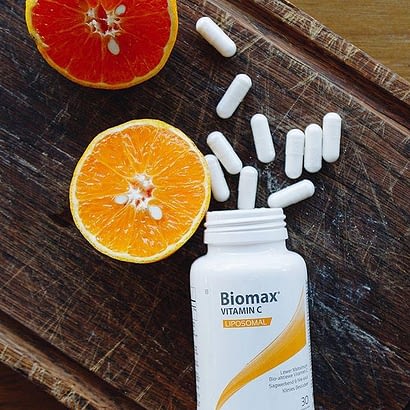 Delicious and easy ham and egg cups! Make a few varieties by adding any type of vegetables like peppers, broccoli or spinach.